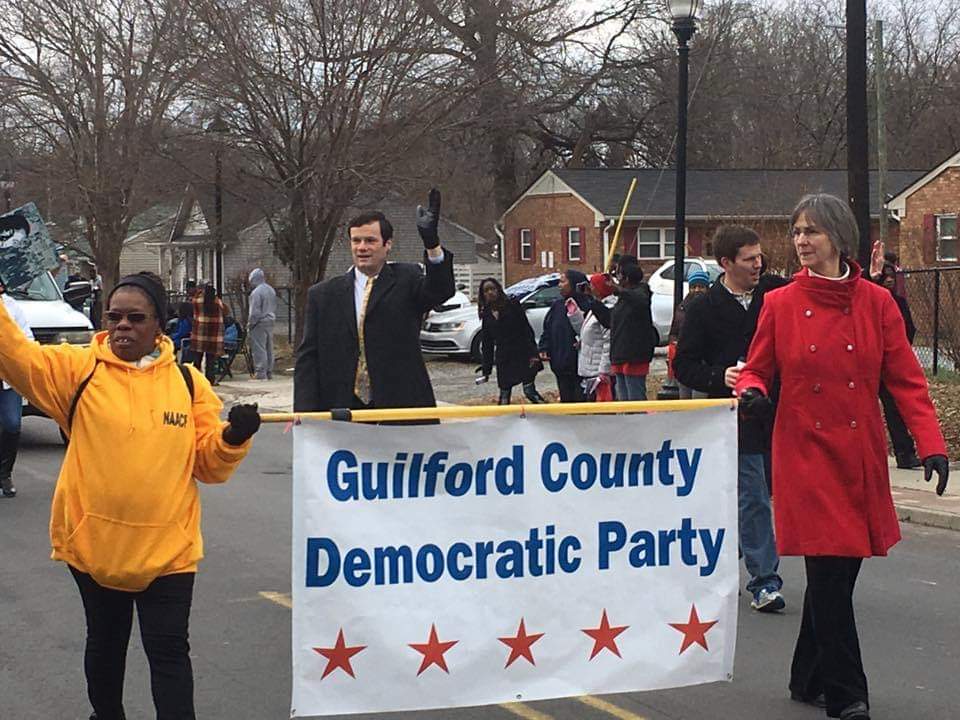 The Guilford County Democratic Party walked behind its banner in the Martin Luther King parade Monday.  We had about 20 Democrats carrying signs and flags walk the mile and a half route in freezing temperatures.  Signs ranged from “Dump – – – – -“ to “Volunteer with the GCDP” to Martin Luther King’s quote, “Injustice anywhere is a threat to justice everywhere.”

Earlier in the morning, I had heard an interview with a woman who as a high school student in Oakland, CA was part of a group of students that began their freshman year working for a state holiday honoring Martin Luther King.  She talked about all the obstacles they faced, but they were determined to have a holiday to honor someone who looked like them.  They finally succeeded in 1981, the year they graduated.

As we walk this campaign trail, let us remember these Oakland students, the present day Parkland students, the Greta Thunbergs of the world, our children and grandchildren who are depending on us to fight alongside them for a better county, state, nation and world. 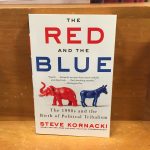 GCDP/RISE Together Book Club – The Red and The Blue 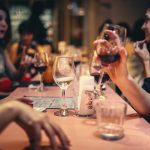 Lunch with the League of Women Voters of the Piedmont Triad 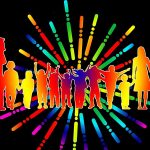 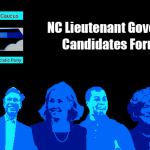 GCDP Headquarters
No event found!
GCDP News
Go to Top
We use cookies and similar technologies to recognize your repeat visits and preferences and to analyze traffic.
By clicking "ACCEPT" or by using our site, you consent to the use of cookies.ACCEPTPrivacy policy