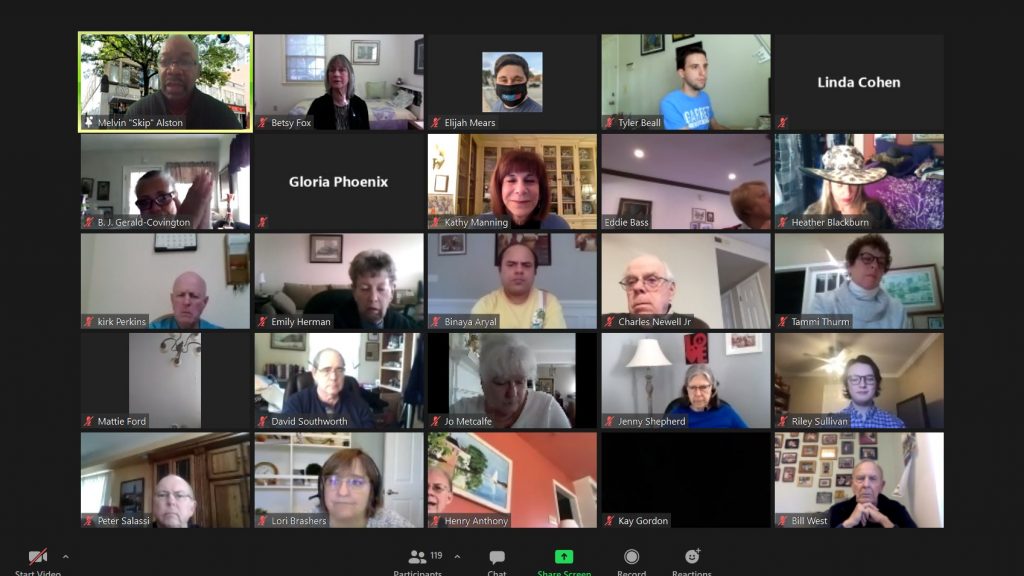 The meeting opened with a report from Representative Kathy Manning, who gave updates on her experience during the Capitol Insurrection on January 6th, as well as her work in Washington impeaching former President Trump and working with Senator Sherrod Brown of Ohio to protect American manufacturing. Representative Manning was followed by Guilford County Commissioner Melvin “Skip” Alston, who gave updates on the vaccination effort, public health guidelines, and redistricting here in Guilford County.

Following these updates, the business portion of the meeting was opened by GCDP Chair Betsy Fox. Lori Brashers was confirmed as the new Interim Treasurer of the GCDP and Tyler Beall, Celeste Cornelius, Ossie Edwards, Byron Gladden, Pete Shaw, and Adrienne Spinner were confirmed as replacement members of the State Executive Committee pending elections for a full term at the upcoming county convention on April 10th. Chairwoman Fox also delivered updates on the upcoming period of precinct organization in March. The meeting concluded with announcements from those who will be seeking county officer positions on April 10th and others, as well as a practice of balloting for county convention led by Pete Salassi.

If you are interested in getting more involved in our party or would like information about organizing Democrats in your precinct, feel free to contact us by email at gcdpchair@guilforddems.org or by phone at 336-292-2997.

Guilford County Board of Education

Building A Grassroots Strategy in N.C.