Statement on the George Floyd Protests in Greensboro 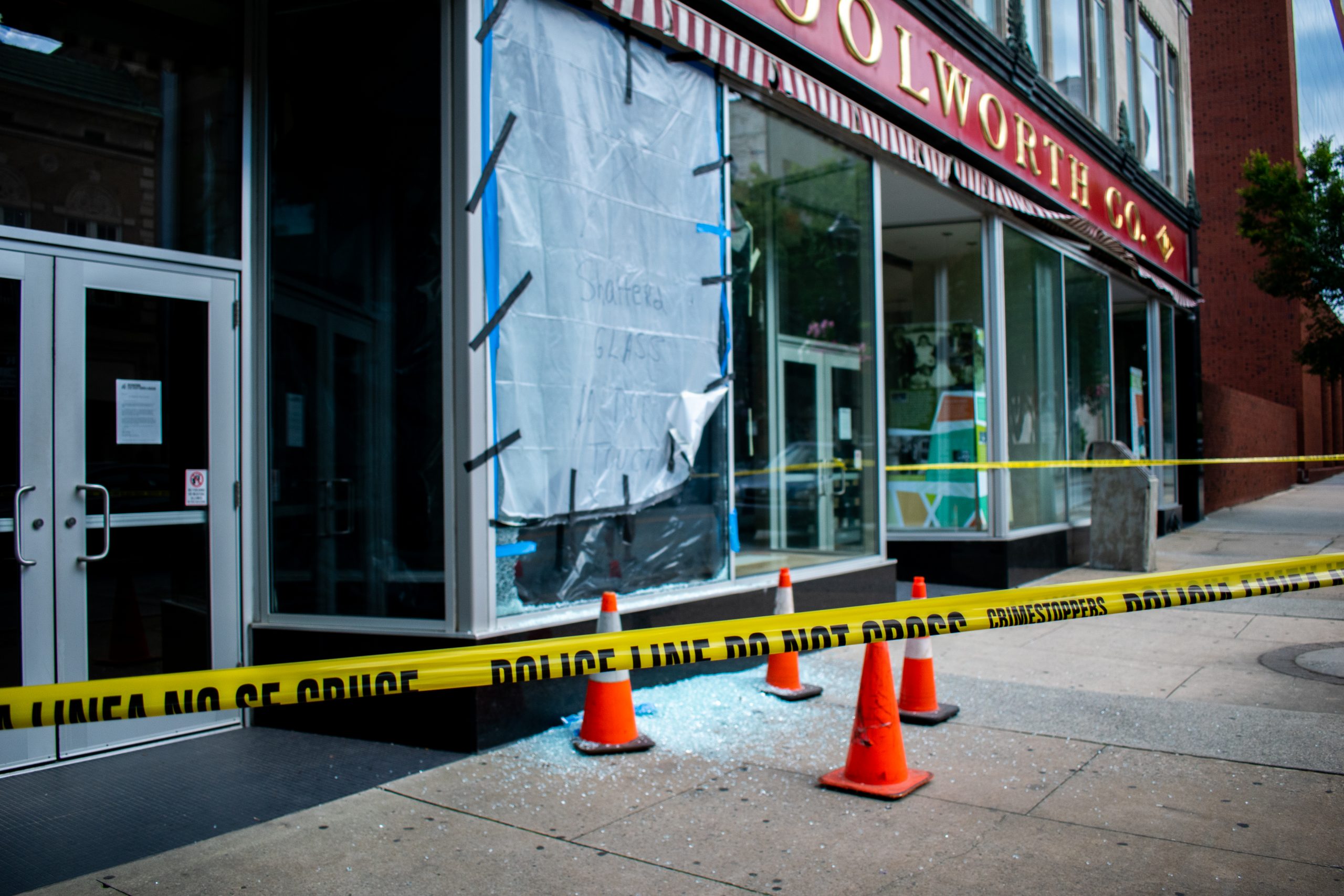 Greensboro — Yesterday, demonstrators gathered in downtown Greensboro to protest police violence against African-Americans, in particular the recent murder of George Floyd at police hands. Their protest was largely peaceful; however, as evening fell, unknown individuals began committing acts of vandalism against many of the businesses on South Elm Street. In addition to these acts of vandalism, unknown individuals smashed a window at the International Civil Rights Museum and even set fire to a portion of the Guilford County Courthouse. It is the belief of the Greensboro Police Department and activists associated with the protests that the individuals responsible for these acts were not affiliated with the demonstrators, but were interlopers seeking to cause trouble.

Greensboro, like many cities, has had a troubled history when it comes to race relations in our city: the 1950s saw segregationists burn down a public golf course rather than see it integrated, the 1960s saw the A&T Four denied service at the Woolworth’s lunch counter right on Elm Street, the 1970s saw protestors massacred by Klansmen and Nazis, and the 2010s saw Marcus Smith, who had committed no crime, hogtied by Greensboro Police during the North Carolina Folk Festival and consequently die due to a combination of factors. In spite of or perhaps because of our city’s long history of racial tension, we know that the community of Greensboro is stronger than interlopers who would use peaceful protests as an excuse to cause mayhem and foment racial division. Greensboro is not a perfect community, but we know that together we have the strength to work towards a brighter future.

In doing so, America must recognize that it is long past time to come together, to listen, and to act on the pain of the African-American community. We are encouraged by Chief of Police Brian James, who has been an outspoken voice on the issue of police reform and the need for accountability in our police department. We are encouraged by Sheriff Danny Rogers, who has been a leader in bringing values of love, empathy, and humanity to our Sheriff’s Office. Nonetheless, as long as the ugliness of racism and hate still persist in America, there remains much work to do for each and every one of us. It is sadly too late to save George Floyd, Breeona Taylor, Eric Garner, Philando Castile, Sandra Bland, Tamir Rice, Michael Brown, Tony McDade, Marcus Smith, and too many other names to list, but it is not too late to change our ways as a society by acknowledging that black lives do matter.

Guilford County Board of Commissioners Meeting