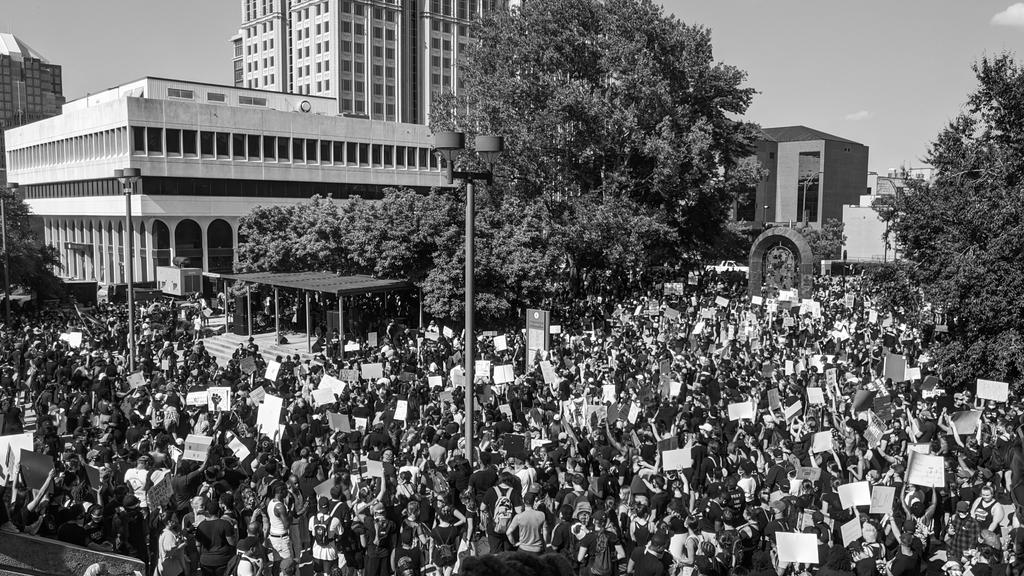 Greensboro — The Guilford County Democratic Party approved a resolution (linked below) Wednesday night in solidarity with Greensboro Rising’s demands posed to the Greensboro City Council. As Democrats, we are proud to stand with the Black community in Guilford County in holding our Democratic elected officials accountable, acknowledging the history of racism in our community, and affirming that Black lives matter. It is our hope that by adding our voice to those calling for needed change, it will impress upon our City Council the urgency of Greensboro Rising’s demands and remind them of the values which they have committed to represent by affiliating as Democrats.

Download: A Resolution Calling For Police Accountability And An End To Police Violence In Greensboro

GCDP Third Vice Chair Elijah J. Mears had the following to say regarding the resolution: “The demands we have signed onto are not radical — in fact, many of them, such as decriminalization of marijuana, an end to racial profiling, reducing funding to police departments in order to end police militarization, and support for community input on policing, are already part of the North Carolina Democratic Party’s 2016 platform. These are issues which Democrats should be broadly expected to already support, and so it is my hope here to show the city council that we’re here to support them in representing Democratic values and supporting the African-American community.”

Currently, the Guilford County Democratic Party is seeking to engage the City Council in dialogue on the issues highlighted by the resolution, and hopes to see swift action in support of Greensboro Rising, Black Lives Matter, and common sense reforms to create a society that works for all of us.