Statement on the Passing of Senator Kay Hagan 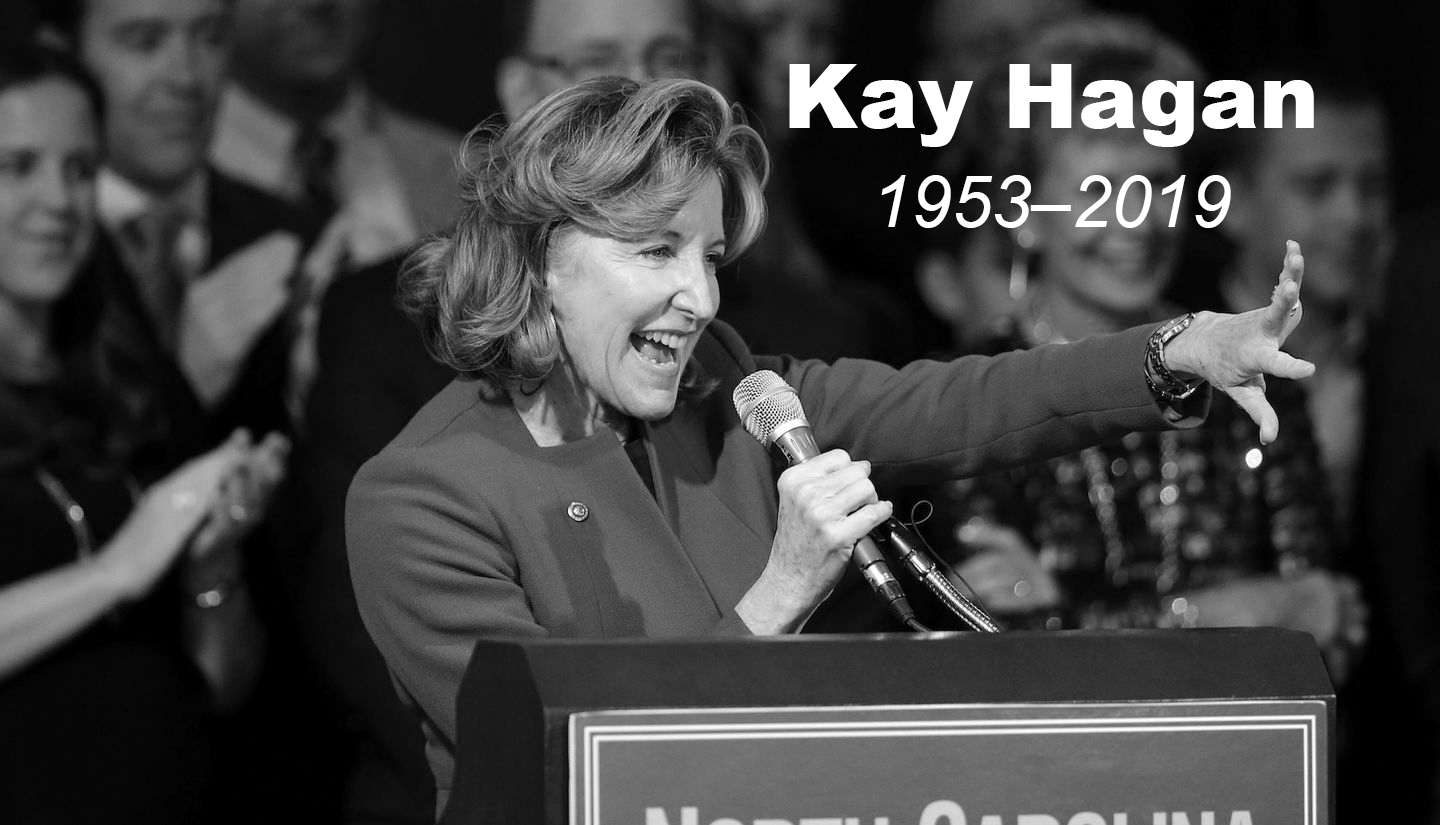 On Monday morning, the Guilford County Democratic Party received news of the loss of Senator Kay Hagan. This news took me by surprise because I had just seen Senator Hagan at our annual Unity Dinner last month. At the time, I thought to myself that she looked well and that it was good to see her able to get out more. As I went about my day on Monday, the news of Senator Hagan’s passing spread, and expressions of sorrow were voiced across our state and in Washington. Those comments were a tribute to the impact Senator Hagan made on the many lives she touched. For me, Senator Hagan was not only a tireless public servant for all North Carolinians, but also a trailblazer for Democratic women in NC politics.

While reflecting on Senator Hagan’s impact on NC, I reached out to members of Guilford’s delegation to the NC General Assembly, where Senator Hagan started her political career. They had this to say.

US Senator Kay Hagan (Kay) was a valiant and courageous advocate for the citizens of Guilford County and the State of North Carolina. We mourn her passing but celebrate the victories she accomplished during her time in the NC Senate and US Senate.

I am deeply saddened at the unexpected loss of our great Senator Kay Hagan. We have lost a true champion for North Carolina and a model for a life of public service.
I first met Senator Hagan while I was in high school and I began volunteering for one of her State Senate campaigns. I was drawn in by her work ethic, energy, and commitment to working toward the greater good. When she went to Washington, she didn’t change. She kept her door open to me and others when we visited to advocate for various nonprofits and causes.

Senator Hagan was the first person to mentor me when I decided to run for her old state Senate seat in 2016. She was the first person outside of my family to call me after losing that campaign and encouraged me to never give up, never stop fighting, and to run again. Today, when we have a tough vote coming up, I often lean on her example, and think of what she would do if she were in my shoes.

I owe her a debt of gratitude that can only be paid back in emulating her life of public service. We are all forever indebted to Chip and her whole family for sharing Kay with us, they are in my thoughts and prayers in this difficult time.

Like many women, I admired Senator Hagan from afar until December 2016 when she spoke to a group of about 150 women I organized in response to the 2016 election.   That night she said, “my one mission tonight is to recruit every woman in this room to run for office.”   She gave me a book about women in leadership, with specific pages paper clipped.

Senator Hagan fought for the people of Guilford County and North Carolina with fierce determination and charismatic energy.   She blazed the trail for women with young children to run for office.  Up until the end, her eyes filled with light when she connected to the people of our state.   Our entire country is – and will continue to be – better because of her leadership.

As we at the Guilford County Democratic Party continue to process the reality of a future without Senator Hagan, our thoughts and prayers go out to her devoted husband Chip and to their family and many friends. Perhaps our Third Vice Chair Elijah Mears said it best, “We’ll always think of Kay as our Senator.”

A service will be held Sunday, November 3rd at 2pm at First Presbyterian Church in Greensboro with a reception to follow in the Mullin Life Center at the church. If you cannot attend but would like to watch, the funeral will be live-streamed on the church’s website (https://www.fpcgreensboro.org). In lieu of flowers, the family is accepting donations to Women to Women (https://netcommunity.cfgg.org/W2WKayHagan) or the ArtsGreensboro – Arts Fund (https://www.artsgreensboro.org/) in Senator Hagan’s memory.

Guilford County Board of Elections